US migrant returns, gives back to PH students

‘All of us are part of this fight for a better Philippines.
Be involved and engaged in what’s happening in our country,’
Josh Mahinay urges other OFWs

MANILA, Philippines – A little Mindanaoan boy treks across a rice paddy on the way to school.

Day breaks as he makes his way across the muddy field, toting a dilapidated plastic bag with his worn-out books, wrinkled pad paper, a short pencil, and tiny crayons.

The image of the boy made Josh Mahinay recall his childhood days. He too would go to school carrying a plastic bag with all his things, which usually got ripped before the end of the day. He had to pass by a sari-sari store almost every day to ask for a new plastic bag.

“[I] was gripped by the reality that the boy I saw in Mindanao was just one among thousands, perhaps millions,” Mahinay says.

Mahinay left for the US in 2007 “in search of greener pastures.” He found himself working blue collar jobs, consultancy, and seasonal marketing throughout his time in the US. Mahinay first wrote about his story for Rappler in an essay that went viral called “Leaving Los Angeles to pursue greener pastures” in 2013, when Bag943 had just begun.

He left his marketing job in Los Angeles, California, and established BAG943 in July 2012. For Mahinay, BAG943 is a “mission-driven business that incorporates social responsibility.”

The company’s flagship project is its “Bag of Dreams” – for every school bag bought, another bag is given to an underpriveleged kid in one of its adopted public schools in the country.

While it is every OFW’s dream to return to the motherland, Mahinay shares that he hesitated in his decision to come home and start BAG943.

Mahinay explains that during that period, he was also in the process of applying for a higher marketing department position in one of retail giant Target Corporation’s LA branches.

He said his friends and family were “confused” about his decision.

Mahinay also admitted that he did not have a background in business when he made the decision to start the company.

“Nothing was really well-planned or put in place before that decision to finally come back,” he says.

But despite these odds, Mahinay claims that it was faith that enabled him to push through with the plan to return to the country and start his business.

“Faith made me believe what my mind could not conceive,” he adds.

Moreover, Mahinay believes it is only by returning home that he can truly be of service to the less fortunate in the Philippines.

“My life was carefully orchestrated by God so I can tell a story of hope, can inspire my generation, and cause people to live a life of service and compassion for those who have less in life in this nation,” he says.

More than a bag

Now on its third year, BAG943 has gone a long way in providing poor children with school bags.

Mahinay reports that the company has given a total of P4.7 million in merchandise to its beneficiary-children.

But is the “intangibles” that hold the greatest value in his company, he says. Mahinay believes that the “Bag of Dreams” initiative has brought inspiration to its participants and has created a lasting and life-changing impact for its beneficiaries.

Mahinay said their initiative goes beyond bag distribution as it “represents our much bigger cause on education.”

Mahinay noted that beyond providing school bags, BAG943 has now partnered with the Department of Education and non-governmental organizations to provide scholarships and values formation programs for the children, and livelihood for the children’s parents.

“We hope that in the near future, the kids we reached out [to] will become good and responsible citizens and leaders of this country,” he says.

Mahinay says that BAG943’s 3-year mark poses the challenge “not only to sustain [it] but also to grow.”

He adds that the company’s growth “means our ability to do more for our cause.”

Mahinay notes that the company is currently looking to diversify its workplace and partner with a US-based designer-entrepreneur.

He also says that BAG943 will introduce new products while “staying true to our social values and commitments.”

Mahinay is planning to develop a mentorship program where he will impart his knowledge as a social entrepreneur to hopefuls who wish to create their own sustainable impact.

From a fellow OFW

Mahinay calls out his fellow OFWs and tells them to “never forget where your home is.”

He ultimately hopes OFWs will get involved and give back to the motherland as he did with BAG943.

Mahinay says that he is part of a campaign, “Republika ng Filinvestor,” under the real estate company Filinvest, which encourages OFWs to invest back in the country in whatever means they can.

“OFWs can contribute in so many ways despite distance to their family and to the country,” he notes.

Mahinay also says that despite being offshore, OFWs are a large part of the collective effort for nation-building.

“All of us are part of this fight for a better Philippines. Be involved and engaged in what’s happening in our country,” he added. – Rappler.com

For more information on how you can be part of Josh Mahinay’s initiatives, visit bag943.com or facebook.com/BAG943. 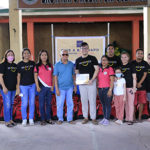 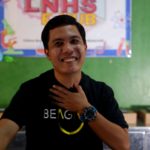 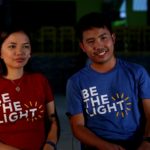